Functional compositions refer to the ALA Corporation’s soybean milk-fermented product. Their novelty in improving liver and kidney functions has been acknowledged. 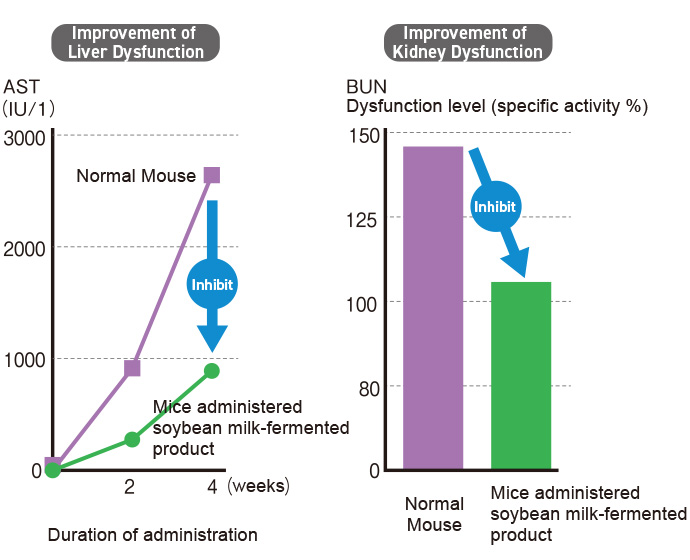 When the liver and kidney functions of mice with drug-induced liver and kidney damage were compared between normal mice and mice administered soybean milk-fermented product, those administered with SFP showed approximately 60% lower AST levels (= a measure of GOT, an enzyme in the liver that is released into the bloodstream, showing higher levels when cells are damaged) and approximately 50% lower BUN levels (urea nitrogen: these levels increase when the kidney is damaged).